If you love umeshu, Japanese plum wine, and you want to make your own, the race is on. Ume are only available for three-four weeks in the spring. Right now, in Los Angeles, they are available in Iranian and some Asian markets. Buy your ume right away or you will have to wait another year. 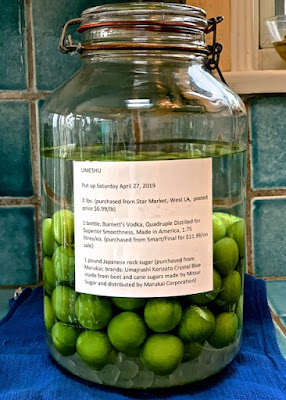 The article described how to turn ume (Japanese plums) into umeshu (Japanese plum wine). The process was simple. Buy ume, wash them, pull out the little stems, place in a large glass jar, add Japanese rock sugar and a large bottle of vodka, put in a cool dark place and come back in a year. 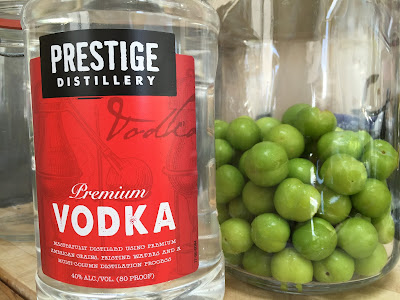 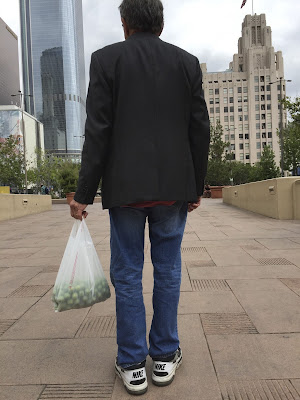 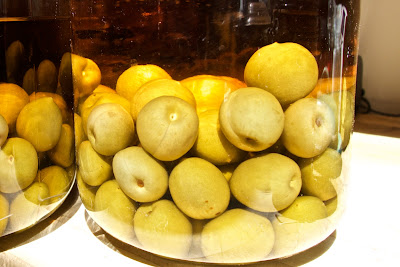 When we visited Yabu, our favorite Japanese restaurant, I told the waitstaff that I was going to make umeshu. They loved the idea. It turned out, when they were growing up, umeshu was a liquor made by their grandmothers. Store bought umeshu did not compare to their childhood memories.

They also told me was that after a year bathing in the vodka, the hard green ume would become sweetly edible. 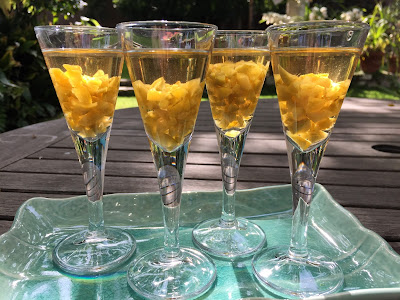 Available in Japanese and Korean markets, ume are also sold in Middle Eastern grocery stores. Armenians and Iranians eat the unripened plums raw but do not use them to prepare a liquor. In Asia, ume are also eaten preserved in salt and called umebsoshi in Japan.
Sold at a premium price because of the short growing season in the spring, only use green, unripe fruit. Blemished ume should not be used.

Available large and small, I prefer ume that are quarter-sized rather than dime-sized.

Some recipes call for each ume to be punctured all over with an ice pick. Doing so, it is said, accelerates the infusion process. That is probably true, but punctured ume discolor and are not good to eat.

Traditionally umeshu is made by grandmothers. In the spring when the plums appear in the markets, bright green and hard as rocks, the grandmothers buy up all they can find, place them in a large jar, add rock sugar and shōchū (similar in taste to vodka). The jar is placed under the sink and everyone waits a year until the plums soften and the shōchū has mellowed.

A good friend described visiting her mother in Tokyo and finding a kitchen cabinet filled with giant jars labeled the year the umeshu was bottled. I have to confess, my garage has bottles of umeshu going back five years now. Today I bottled my 2019 vintage!

The longer you wait, the more the umeshu will become rounded and mellow in flavor.
After at least a year in their sweetened, alcoholic bath, the ume can be eaten. I like to include them in the cocktail, either whole or cut off the pit, chopped up and added as a flavor garnish that can be eaten with a small spoon.
Prep time: 10 minutes + one year
Yield: 2 quarts umeshu, 2 quarts macerated ume

Ingredients
2 pounds ume, washed, stems removed
1 pound Japanese rock sugar
1.75 l unflavored vodka, the most inexpensive you can find
Directions
1. Place the ume in a large bowl. Cover with water and let stand 2 hours. Drain, rinse and remove by hand any stems. Wash well a gallon glass jar with a lid.
2. Place the ume into the jar.
3. Add the rock sugar.
4. Pour in the vodka. Stir well.
5. Cover.
6. Place in a dark, cool area where the jar will be undisturbed for at least one year.
7. Serve ice cold with ice cubes, with seltzer and with whole or chopped up ume as a garnish.