The Los Angeles Food & Wine Festival 2016 - Up Close and Personal with Chefs, Winemakers and Mixologists at the Lexus Grand Tasting

You may have heard of the Los Angeles Food & Wine Festival but you might not have attended. The Festival celebrated food and wine in venues in and around Los Angeles for four days, August 25-28. 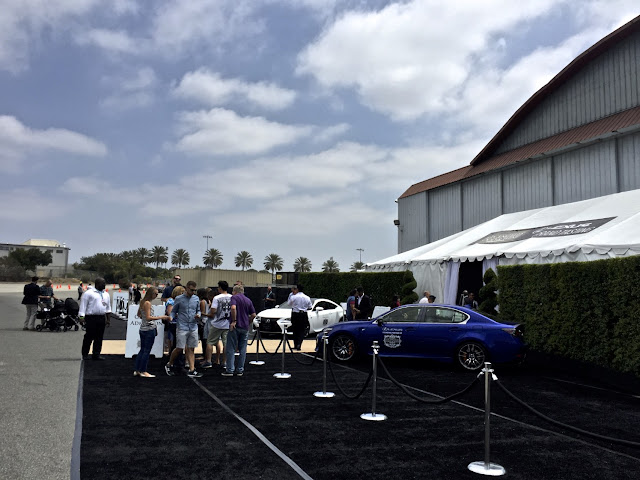 In its sixth year, the Festival expanded to the West Side with events at the Fairmont Hotel in Santa Monica and the Barker Hanger at the Santa Monica Airport.

If you have attended Barney’s twice-annual sale at the Barker, you know the cavernous space. A football field sized interior without character was transformed for the Festival. Off-white fabric was draped along the walls, giving the warehouse the feeling of a very large, very elegant tent. 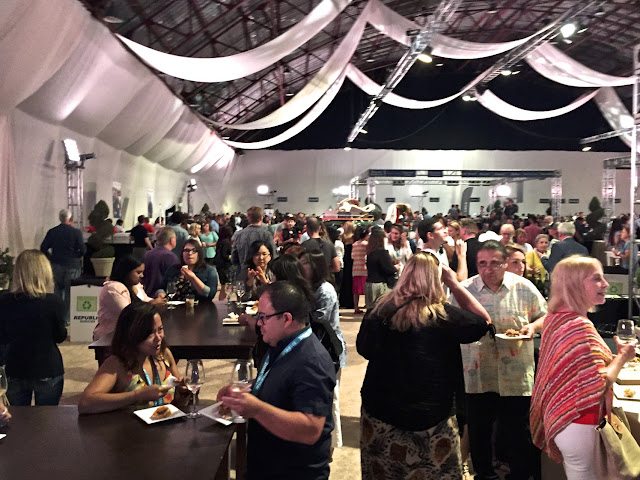 Because the venue was sponsored by Lexus, there were half a dozen beautifully polished cars outside and inside the hanger. 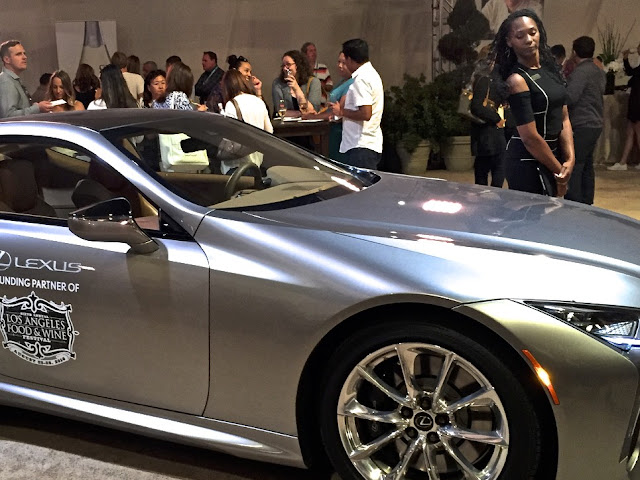 Local chefs from the Los Angeles area were joined by chefs from as far away as Miami to celebrate the Festival. Walking from table to table, you could experience a variety of regional cuisines, American, Vietnamese, Peruvian, Italian, Thai, Mexican, to name a few. You could enjoy appetizers, entrées and desserts. And you could sample spirits, beers and a great many wines. 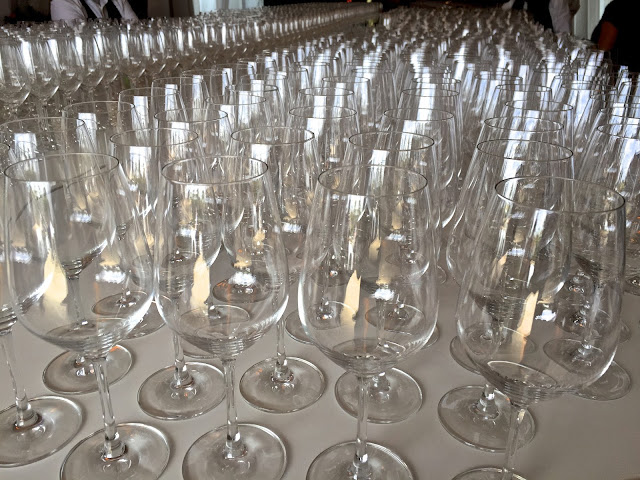 Wines were poured from California, Spain and France.

How to Festival
After showing your ticket, you entered Barker. A friendly server approached you with a glass of wine. What an excellent way to begin! 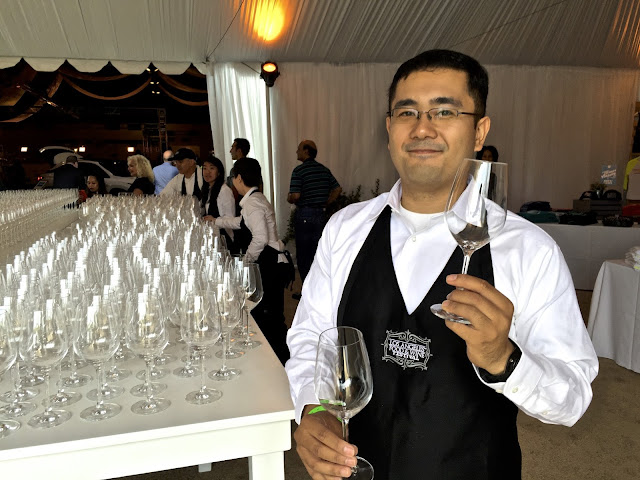 If this was your first festival, hopefully someone told you to pace yourself. Eat every small plate you are offered and you wouldn’t make it half way around Barker.

The best way to experience a food festival is walk around before you eat anything.

At each table, a menu placard indicates the name of the chef, the restaurant, the dish being served and the ingredients. Write down which ones look good to you. When you have finished your survey of all the vendors, go back to the ones that looked good. 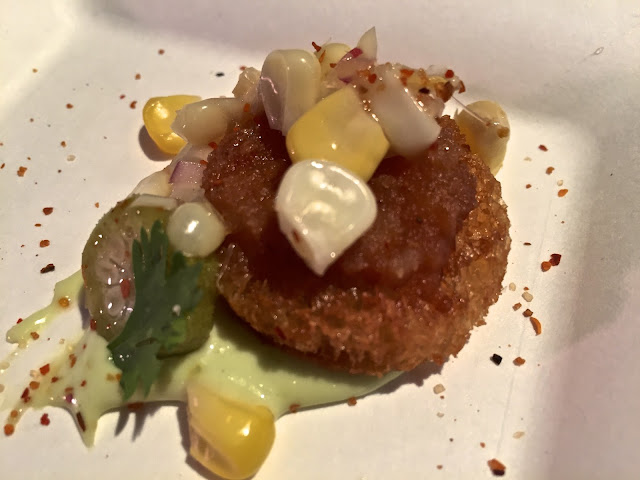 If you are like me, there were a lot of dishes you wanted to try. The next choice is, eat all of the small plate or take just a bite and move on until you have sampled all of the dishes that looked good to you.

At that point, you can return to those chefs whose dishes you really LOVED and eat an entire plate of their food.

Even though the plates are small, eat half a dozen and you will become very full.

You will discover that not all chefs are created equal. Some dishes are wonderful. Some not so much.

The best chefs understand that the festival is like a cocktail or wine party. Everyone eats standing up, holding a plate in one hand and a fork in the other.

One chef served a duck sausage bahn mi, an open faced version of the popular Vietnamese sandwich. The portion was generous but the design was not. The sausage was cut in half length-wise but the casing was left on. Eating the sausage without a knife and fork was difficult because your teeth could not cut through the casing. 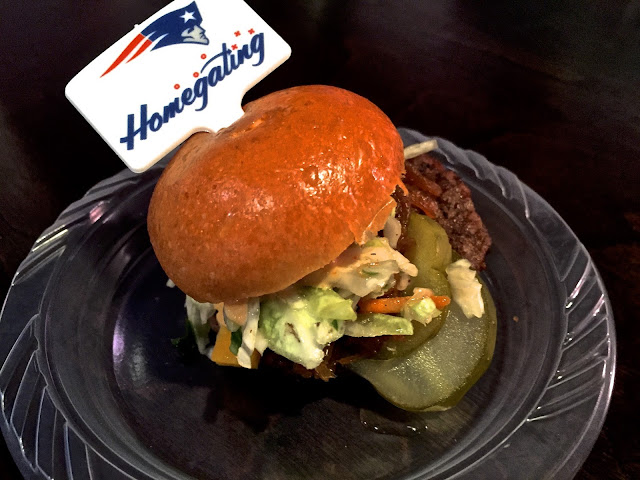 To the right of Homegating was Eagle Rock Brewery Public House Restaurant which served a shrimp fry bread with pickled corn and okra small bite round. Great crunch and heat. A nice way to begin the festival. 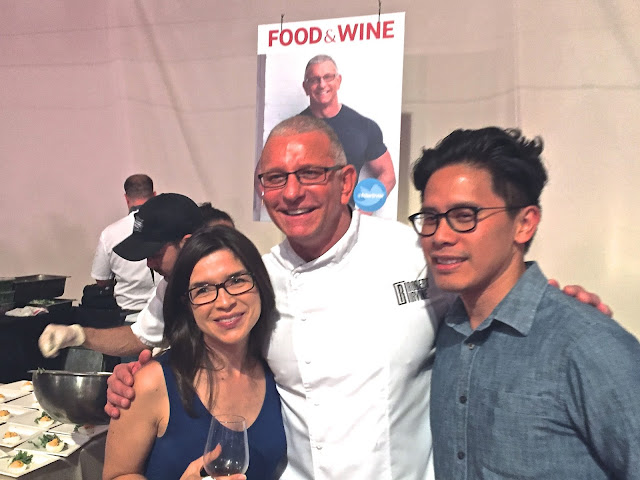 Robert Irvine from the Food Network cheerfully posed with fans who wanted to preserve the moment. It is a rare opportunity when the dining public can meet chefs who rarely stray from their kitchens. Even rarer when a chef performs their craft on television, so this was an exceptionally special moment for fans to meet a chef they love on TV.

For those who wanted to taste Irvine’s cooking, he served up a small plate of half a deviled egg and southern fried chicken seasoned with buttermilk and sriracha. The chicken was crisp and nicely seasoned with a good amount of heat. 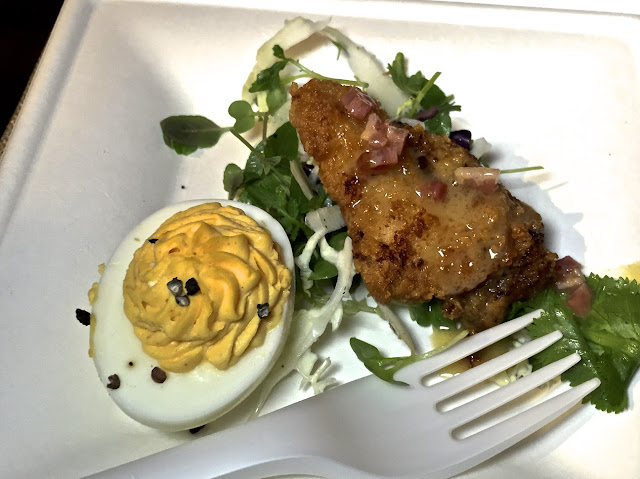 Established restaurants used the Festival to feature their culinary point of view. Some chefs used the Festival like a soft opening. Chef Bruce Kalman and Marie Petulla the partners behind Union in Pasadena and Bread downtown, plated an excellent octopus and garbanzo bean salad seasoned with a preserved lemon yogurt dressing a crunchy Egyptian dukkah (Sesame seeds, Coriander, pistachio and cumin). 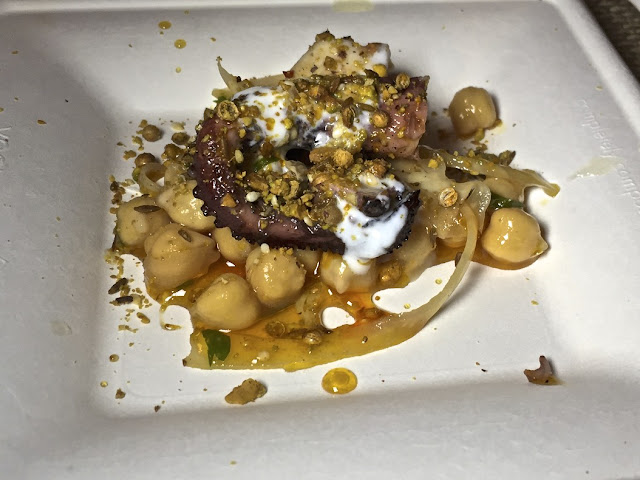 The dish was exceptionally good. The tasting was not only to illustrate the quality of the menu at Union and Bread, but also to announce their new restaurant in Culver City, slated to open in mid-2017. 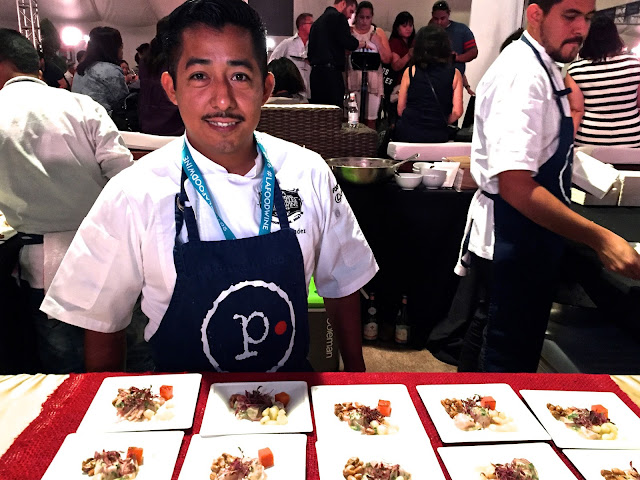 Illustrating the culinary influence on Peru from Spain, Japan, Italy and China, the dish was complex but thoroughly integrated. A lovely combination of sweet heat and fresh seafood. A key ingredient is Peruvan corn. Purchased dried, it is deep fried very quickly in hot oil. As Mendez joked, Peruvian pop corn.

One of the most fun parts of the Festival is the accessibility of chefs. When I took a bite of Mendez’s ceviche, I was filled with questions. Happily, chef Mendez was standing at the front of the booth, readily available to talk. What fun!

For me, Mendez’s ceviche was the best dish in the Festival.

After walking around the hanger, one thing became very clear. Ceviche was popular. 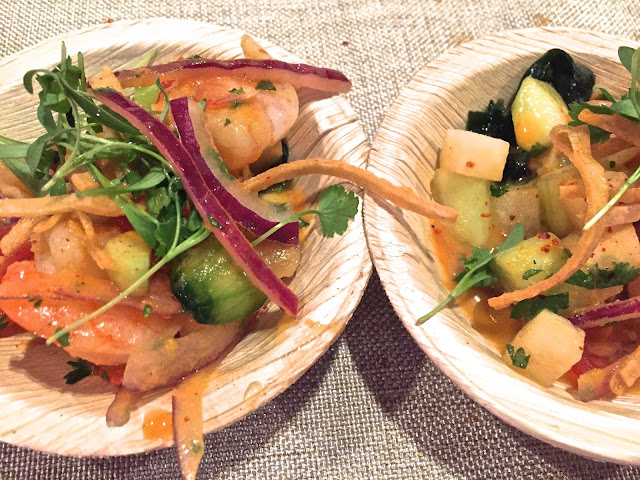 One of the best, besides Picca’s, was from chef Brian Huskey of Orange County’s Tackle Box. His shrimp ceiche with jicama and cucumber was fresh tasting with good heat. He nicely sauced the ceviche so after the shrimp and vegetables were enjoyed, the Michelada flavored juice was the last part to be consumed along with the topping of crunchy tortilla chip strips with cilantro sprouts, cherry tomatoes, red onions.

Another very good ceviche was served at the Stella Artois booth. Chef Marcel Vigneron from Wolf served two ceviches. One he called “Laughing Bird Ceviche” with melon, tomato, puffed quinoa and leche de tigre. The other he made with Hamachi, seasoned with Vietnamese nuos cham, watermelon radish and puffed rice.

Not just wine
I confess I was not able to taste the wines that were being served. If I had sampled the ones that looked interesting, I would have gotten too inebriated to have completed my circuit around Barker.

I limited myself to samples at the Hendrick’s gin, Owl Brew and Soyelent booths. 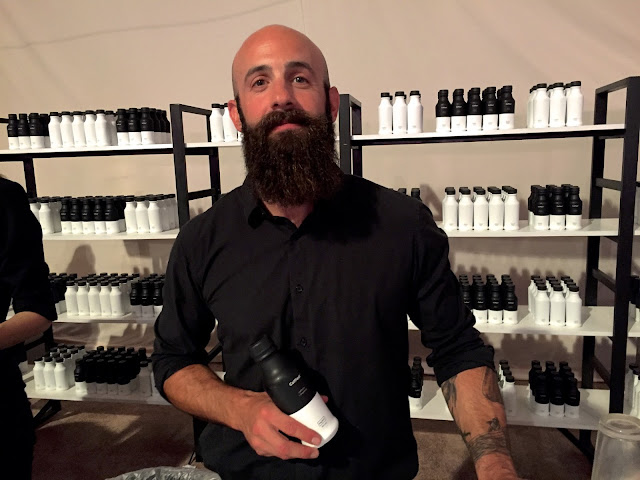 Hendrick’s went all out with two mixologists pouring two different cockatils in a bar set up backed by a vintage car decorated in wildly fun graphics. The two cocktails were good. 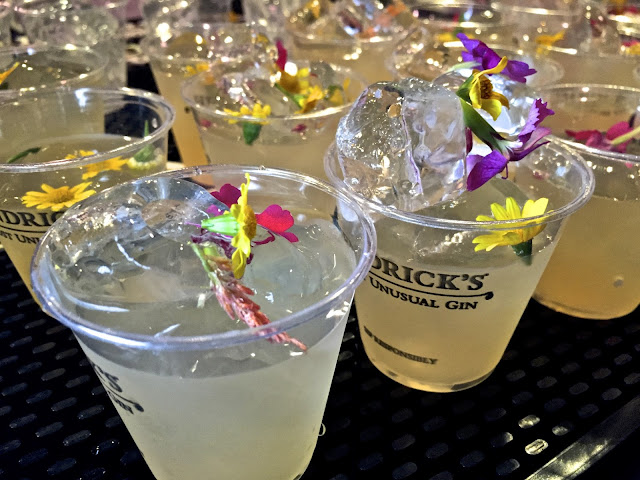 So if you missed this year’s festival, you really must put into your calendar that you will attend the Los Angeles Food & Wine Festival in 2017.
at September 02, 2016 No comments: