Amsterdam, Jenever and Me, Together Again

I'm back in Amsterdam. Which makes me very happy. I celebrated being here by walking across the city.

For a coffee at a local hangout, I met Machteld Ligtvoet, a friend from several trips to the city. The brasserie and bar de Ysbreeker (Weesperzijde 23, 1091 EC) was named for the ice breakers that used to dock on the Amstel River in front of the 18th century building. We talked about Amsterdam and she shared some of her favorite destinations.

After we said goodbye, I could have taken a tram back to the INK Hotel Amsterdam where I am staying or, as Machteld suggested, I could walk.

That was great advice. Walking across the city was so much fun.

I walked on the east side of the Amstel River, checking out the river traffic and the house boats moored along the river and the canals. Then I walked across the city center so I could stop at the Sofitel Legend The Grand Amsterdam. I had heard that the Grand's 1-star Michelin restaurant Bridges had recently been remodeled. 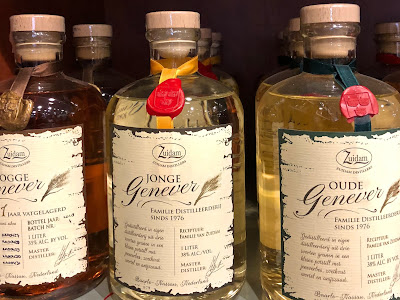 Anne-Claire Koopman, Marketing Manager at the Grand, gave me a tour of Bridges. The restaurant is a delight. Elegant, modern and intimate. I didn't have time in my schedule to have a meal, but next trip, that will be at the top of my must-do list.

There were other changes at Bridges as well. A new bar, the addition of a chef's table in the heart of the kitchen and an expanded bistro, where we found a seat with a close-up view of the beautifully lush courtyard garden. 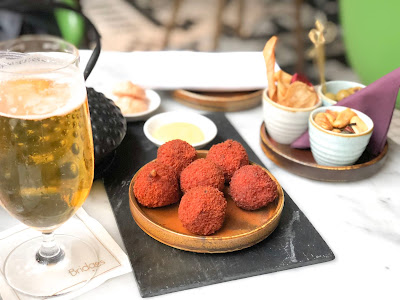 For a snack, we had a plate of  bitterballen, that quintessential Dutch appetizer made with flour and bits of meat, deep fried and served with a proper spicy mustard. Delicious! But it was the beverages that gave me a Proustian moment. 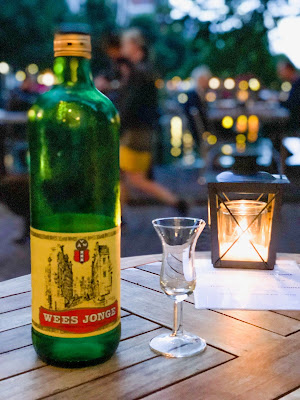 In 2015 I was in Amsterdam and stumbled on a liquor store on the edge of the Jordaan, 2008 Wine & Spirits (Haarlemmerdijk 59). Ron Verhoeven offered me a tasting of Jenever or Genever, a distinctive Dutch spirit. Clear or amber, depending on the age, it was love at first sip.

Verhoeven set me on a path that I've pursued since then. I wrote an article about Jenever, which I am reprinting here.

Which brings me back to Bridges. Jenever was on the drink menu. Of course, this is Amsterdam. The bistro poured Jonge Bols Dubbelgestookte Graanjenever with a beer back. I loved the combination of a strong clean spirit and the effervescence of a light Dutch beer. Delicious.

All that was missing was to close the circle.

After I said goodbye to Anne-Claire, I continued walking north through drizzle and sunny skies. I crossed DAM Square, joining the throngs of tourists north on Nieuwendijk, which finally became Haarlemmerdijk. I was returning to square one, the place where it all began.

I walked into 2008 Wine & Spirits expecting to see Ron Verhoeven again. He wasn't there. Arjan his brother-in-law greeted me. 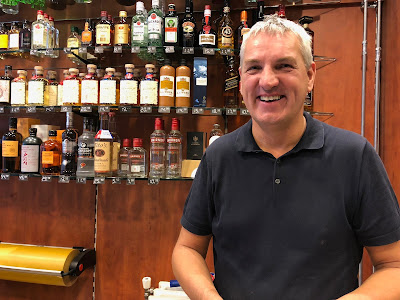 I quickly saw what I wanted. Zuidam: Jonge Graan Genever. I bought two bottles to bring home. Arjan told me the history of genever and how the quintessential Dutch spirit fell out of favor in the 60s and 70s. Happily in the last twenty years, jenever has had a resurgence. Large and small producers have embraced the spirit, improving the quality, striking out into new flavor directions.

For the rest of the evening, at dinner at de Belhamel (Brouwersgracht 60) and for a nightcap at the Pressroom Bar at INK, I sampled more jeneers. Oh, happiness.

I enjoyed a Wees Jonge and a Zuidam Gelagerde Korenwijin 5 Jaar Vat Gelagerd. So different. So delicious.

Which leads me to the article I wrote about Jenever. I'm reposting it now, to share with you my enjoyment of jenever and hope you join me in lifting a glass, with a beer back, to salute the wonders of Amsterdam and the Dutch! (Did I mention that my grandfather was born in Rotterdam?)

Jenever’s clean, bright taste is perfect neat or in cocktails.

If you visit Amsterdam, you will be advised to do as the Dutch do. No matter the weather, rain or shine, jump on a bicycle and explore the city. A necessary part of the Dutch experience is to stop in a neighborhood bar for a sandwich and a glass of jenever (or, genever, as it is variously spelled, and pronounced “yin-e-ver”).


You will happily greet the waiter who delivers jenever to your table in its traditional tulip shaped glass. As you sip, the jenever will give you “Dutch courage” to go back outside to continue your adventures. 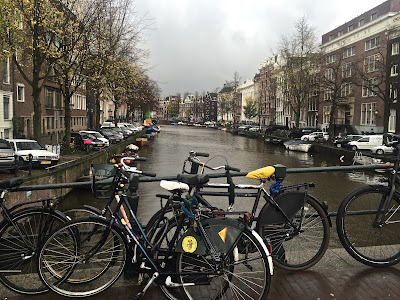 For hundreds of years, jenever was the favorite drink of the Netherlands. When the English and Dutch fought a war in the 17th century, the English soldiers remarked about the fierceness of their opponents. That fierceness seemed to have something to do with the drink they shared before battle. Soon the English were drinking jenever as ardently as the Dutch and when they returned home, they wanted more of the same.

They called their creations “gin,” a reference to jenever but gin was made in a very different way. Because gin is better known, jenever is sometimes incorrectly called “Dutch gin.”

Both use juniper berries as an aromatic, but jenever is distilled from malt wine made with rye, corn and wheat, while gin is distilled from grains. That malty base gives jenever a quality similar to whiskey or scotch. 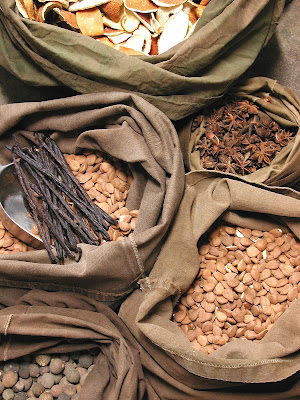 A few jenevers are exported to the U.S. and they are prized by mixologists.  The best way to enjoy the great variety produced by Dutch distilleries is to go on a jenever-bar-crawl in Amsterdam.

A Walking Tour of Amsterdam’s Jenever Tasting Rooms
Walking along the canals, visiting museums and hanging out in coffee shops, you will want to visit several of Amsterdam’s jenever tasting rooms called proeflokaal. Many of those family-run bars are in historic rooms with ancient wood paneled walls, cooper pots used in distillation and shelves lined with dozens of types of jenever.

For my tour of Amsterdam, after I crossed tourist-popular Dam Square in front of the Royal Palace, I walked down a narrow pedestrian walk-way lined with centuries old stone buildings that all but blocked out the bright blue sky overhead. Finally I reached Wynand Fockink (Pijlsteeg 31, 1012 HH Amsterdam,+31 20 639 2695), a 17th century tavern with a retail store in one small room and a bar in the other.

Wynand Fockink feels like a setting you’ve seen in a Rembrandt painting with low ceilings and long wooden shelves, sagging with age and the weight of a great many liquor bottles. No mixed cocktails are served here. The bartenders offer customers tastings of their old, young, spelt, rye and superior jenevers in traditional tulip shaped glasses.

Another destination for that old school experience is the charming, historic, 19th century building housing Proeflokaal A. van Wees (Herengracht 319, 1016 AV Amsterdam, Netherlands, +31 20 625 4334). The tasting room serves sixteen types of van Wees jenever. The young jenevers have a light, bright flavor. The old jenevers, of which there are many, have flavors varied by the choice of botanicals and the length of time spent in oak casks. Some of those jenevers are aged as long as fifteen and twenty years to create flavors similar to brandy or fine Scotch. 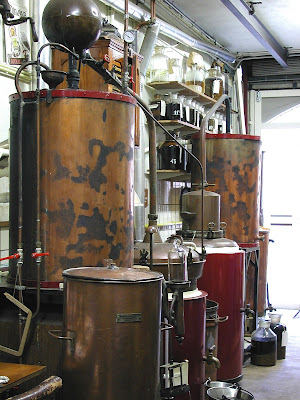 The Van Wees Distillery (Van Wees distilleerderij de Ooievaar) originally opened in 1782, may be the oldest, continuously run jenever distillery in Amsterdam. Fenny van Wees, the current owner and distiller, took over from her father who followed his father into the business. Now her daughter, Nikki Swart, has joined her. Their small batch jenevers are sold in bars around Amsterdam and exported throughout Europe, although not as yet to the U.S. About her release, the Miracle of Amsterdam (Mirakel van Amsterdam), she uses phrases commonly employed to describe fine wines and exquisite whiskeys. 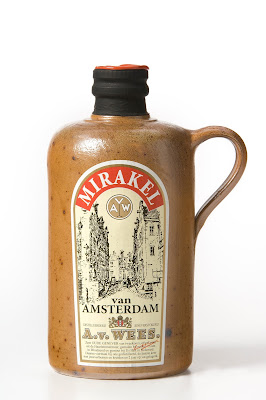 “It smells like honey, straw, vanilla, lemon, cardamom and other sultry scents, as if you’re wandering around through a warm eastern countryside. Tasteful and yet absolutely charming and elegant. In my opinion a female jenever, made by a female.”

For a completely different experience, a must-stop on a jenever tour of Amsterdam is the House of Bols (Paulus Potterstraat 14, 1071 CZ Amsterdam, +31 20 570 8575). The design style is modern, bright and colorful. In the Mirror Bar, the décor is fun and exciting as guests gather around the long bar to watch mixologists ply their trade. Guests can also join a workshop in cocktail mixology and have tastings of Bols’ liquors and jenevers as well as take a tour of the distillery and experience the varied aromas and flavors used in creating spirits in the Hall of Taste.

Jenever in the U.S.

Making an appearance in Michelin-starred restaurants and bars around the country, jenever appeals to mixologists who like its distinctive flavors and its ability to play nice with other ingredients. 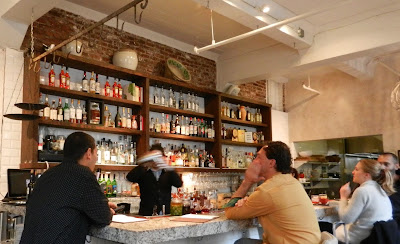 Rosito says that those two cocktails are now the most popular at 54 Mint. For an after dinner digestive, he recommends Bols Barrel Aged Genever, which he happily admits he loves neat as his own end-of-the-evening treat. Rosito declares enthusiastically that jenever will become the new trend in the U.S. 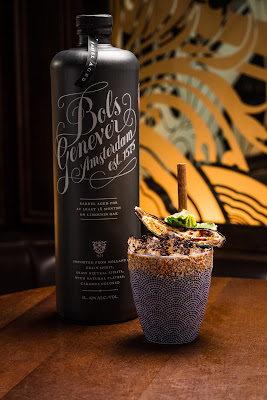 By inviting mixologists to Amsterdam, Bols familiarized Rosito, Cerrudo and many others with jenever. As bartenders become better acquainted with jenever and demand increases, expect small batch distilleries like Wynand Fockink, Van Wees Distillery, Zuidam and others to make their distinctive jenevers available in the U.S. When that happens, jenever’s clean, bright flavors will compete for the attention of loyal mescal, gin and whiskey drinkers. And that will be a good day for everyone who loves quality spirits.
at August 13, 2018 No comments: