The Short Food Movie Project – Feed your Mind, Film your Planet is doing something pretty amazing.

Foodie-Filmakers have the opportunity to share their work in a unique setting. Anyone over sixteen can submit a 30 to 60 second video to the Short Food Movie Project before September 10, 2014 to be eligible to win an all-expense paid trip to the 2014 Rome Film Festival.

The videos should be about food related topics. Filmmakers can talk about what interests them: the environment, recipes, food policy, culture, nutrition, hunger or sustainable food production.

One film will be a winner, chosen by crowd-sourcing. The movie with the most “likes” on the Project’s web site will be shown at the Rome Film Festival, which is held between October 16th – 25th.

One movie screens in Rome, all the movies screen in Milan

All the movies uploaded to the web site before March 31, 2015 will be screened on a giant Samsung video wall constructed out of 752 screens in Pavilion Zero at the entrance to the Expo.

According to Project coordinator, Diamara Parodi Delfino, the shorts can be animations, narratives or docs. The production values can be simple or visually complex. Given the short length of thirty to sixty seconds, the films need to make simple statements.

When all the films are curated, the video wall of screens will be a visualization of EXPO MILAN’s central themes of Feeding the Planet.Energy for Life.

Look at the web site and it’s apparent how widely different the shorts can be.

Every movie is unique

If a minute seems like a short amount of time to make a statement, some filmmakers need even less. In thirty-five seconds, Mauro Jonathan Manzo creates a dizzying “Mosaic of Food” to celebrate the foods we love: soups, hamburgers, shawarma, French fries, sunny side eggs, pizzas, desserts, fresh berries, sausages on a grill and a pastry with whipped cream. 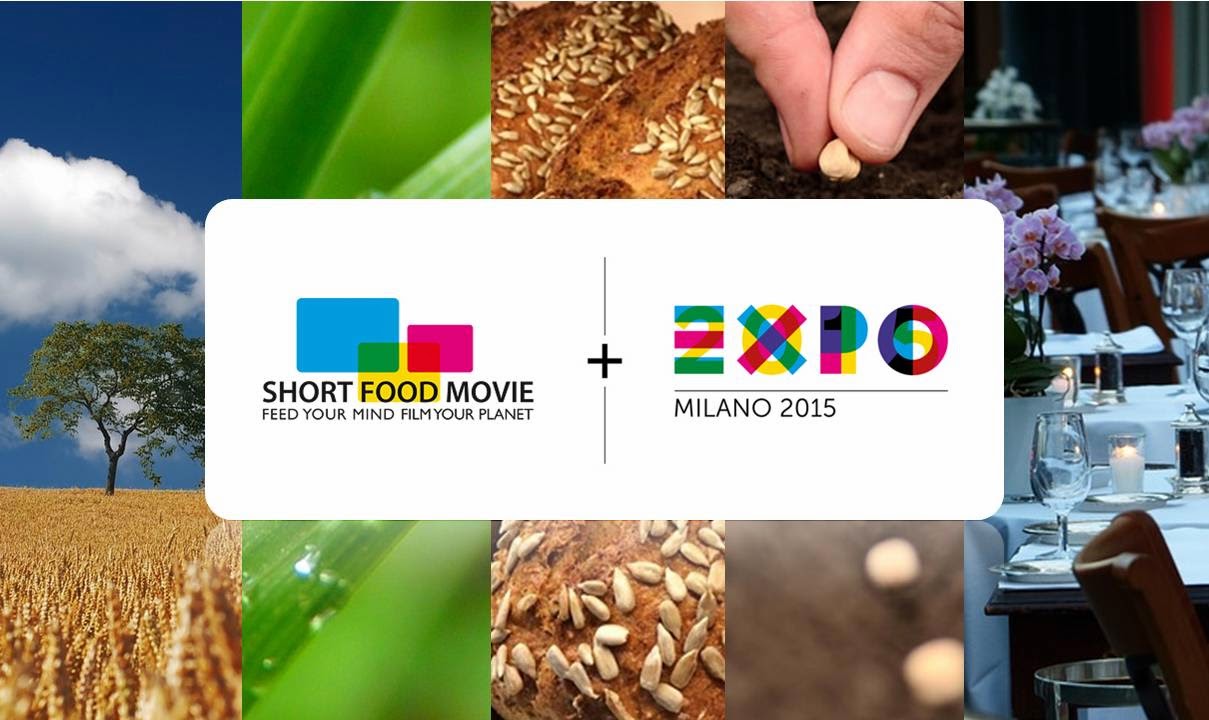 Using a low-res camera and a simple narrative, Greta Gabriel’s “Naturale” watches as two young women take very different culinary paths. One woman watches TV, drinks a soda and eats a hamburger filled with nuts and bolts while the other enjoys a green salad, a bowl of fruit and a glass of water. The result of their different diets is immediately apparent. The hamburger-woman looks ill and exhausted after her meal while the natural-woman walks happily on the beach. Sure it's didactic but the contrast of a sensible diet with one that disregards health is a lot of fun.

Many of the shorts go into kitchens to illustrate the making of a favorite dish. Grace Hsia’s “Shall We Eat Homemade Dumplings” lovingly details how to make pierogies according to an American friend’s recipe.

“Your Word for Food” Belgium’s Aurélie Duray created a montage of stills showing people from around the world holding up a small blackboard with their one word description of food. The words come fast and furiously: joy, satisfaction, pleasure, rice, grain, carrots, quality hunger, balance, inequality, life…. The list goes on and on, ending with a question for the viewer: “What’s your word?”

From the U.S. in “Be the Change: 3 Meals a Day,” Sarah Gulick uses title cards to create a peppy, thirty-eight second film that makes the case that every one of us can help save the planet if we eat green.

Italy’s Emilia Garuti shows people and animals eating in his impressionistic, 59 second long “´E Ora di Pranzo” (“It’s lunch time”): a woman in a small kitchen making tortellini for nursing home residents, cows being fed, a butterfly hovering over a flower and a man in his city patio feeding chickens.

France’s Simon Bonanni goes to the dark side in a comic look at two young men who load up on supermarket food for a road trip in “Chevaliers” (“Knights”). Overcome by a savage hunger, they rip open bags of chips and junk food as they drive down a quiet country road.

Diamara Parodi Delfino encourages everyone to take their cue from the movies already uploaded to the site. Any one who has a professional camera, a point-and-shoot camera, a tablet or a smart phone, start shooting and UPLOAD your movie so you can be part of the fun.